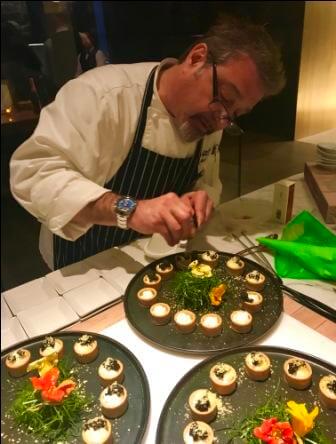 Born in Barcelona and raised in Tuscany, Alessandro was able to preserve both his heritages. Mamma & Papa’ and “both of the food’s worlds” in his younger age and then from what he encountered during his 25 years around the globe, discovering many cultures, more o less intense, but all full of cooking secrets, which he gently conserved in his backpack of flavors.

Also discovering and living the world of sweets during his apprentices in Versaille, ar Gaston Lenotre and Barcelona, EscribaPasteleria and continuing practicing the art of pastry for a few years, during his savory culinary adventure.

His Cuisine discovers the Mediterranean flavors, enhanced with spices, condiments, accents from exotic worlds. Simplicity, Integrity and Joy are keys to his food. 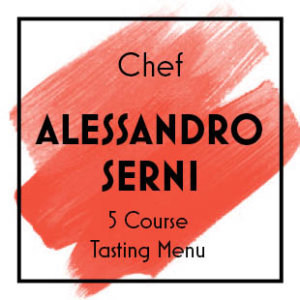