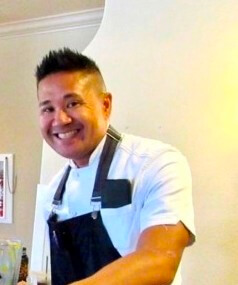 Inspiration was never an issue for Chef Algier “Joey” Castro. He credits his early inspiration to his Lola (grandmother), Mom and Dad, whom of which are of Filipino heritage. They incubated a passion for food in him at an early age and how to make most from least. His passion for food eventually led him to pursue his Culinary Arts Degree from Johnson & Wales University in Denver Colorado.

After graduation, Chef Castro dove headfirst into the culinary industry and landed a position in the culinary capital of California, San Francisco. After working in some of the highly acclaimed kitchens in San Francisco of the early 2000’s, Chef Castro decided to move closer to home in San Diego where he was able to work under the Roy Yamaguchi brand, Roy’s Hawaiian Fusion.

He gives reverence to his first true mentor, Chef Greg Stillman (formerly of Patina Group and French Laundry). After following his mentor for several years, Chef Castro was able to be at the helm of his own kitchen. He had the opportunity to open and set the foundation of a restaurant in Temecula Wine Country called Blackbird Tavern and within the first 6 months,

it was voted “Best New Restaurant in the Inland Empire”.

Chef Castro has been able to cook alongside acclaimed chefssuch as: Chef Michael Voltaggio, Chef Shirley Chung and Chef Mourad Lahlou. He was also able to partakeand cook for the Emmy Awards.

More recently, Chef Castro was able to pass along his knowledge of the culinary field by acting as a culinary instructor to the students at The Art Institute of California – Inland Empire. He currently holds a position as a Personal Chef for a private family. 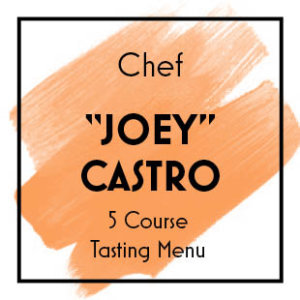