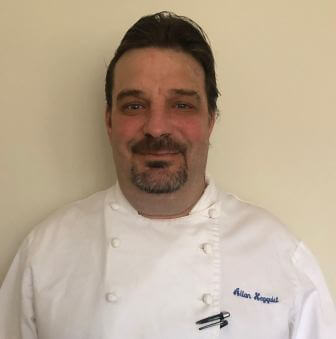 Allan did his apprenticeship at the 5 star hotel Arizona Biltmore. He was trained at some of the top properties in the country and by two James Beard Award winning chefs. He was then hired by the Hotel Bel-Air, a 5 Star Hotel, with two of the top chefs in the country. After working his way up to Saucier, he took his first management position at the City Hotel, a 4 Star property that also served as a training kitchen for Columbia Collage Hospitality Program.

His first Executive Chef position was at the Hotel Mondrian, a 5 Star property in Los Angeles. After three years he moved to New Orleans and was the Executive Sous-Chef of the 5 Star Royal Sonesta Hotel. After 4 years he took over as Executive Chef/Food & Beverage Director of the Red Room, one of the top restaurants in the city.

In his career he has had appearances on the Today Show as well as Good Morning America and has also featured in Bon Appetit, Food and Wine, Gourmet and Food Arts.

Allan has a ton of knowledge, pays attention to detail and has lots of passion. He enjoys teaching and leading by example. His restaurants have had profitability, organizational stability and winners of many awards. 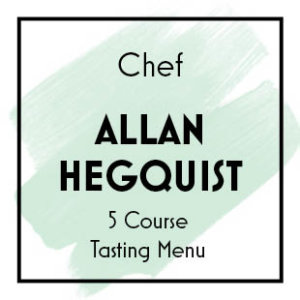