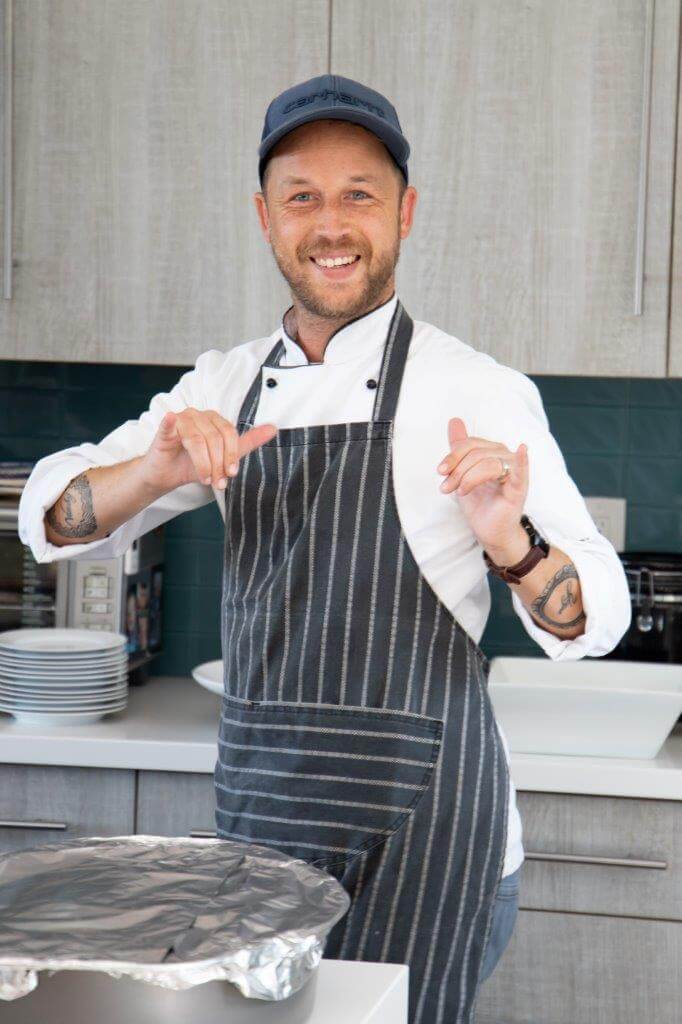 Tyron Jorge (TJ) Truscott has been in the culinary industry for 15 years. Born in South Africa he has worked in some of Cape Town’s finest restaurants. His inspiration to become a chef came from his father who owned a homestyle Italian restaurant in the beach town of Melkbosstrand.

As soon as TJ finished high school, he became an apprentice butcher in Cape Town’s top steak house, Belthazar, where he remained for five years studying and learning the art of butchery. This skill, which is often overlooked, taught him vitally important aspects of the farm-to-table movement.

TJ then moved onto The Foodbarn Restaurant under Chef Frank Dangereux, who had worked in two three-star Michelin restaurants in Paris. The Foodbarn restaurant is a fine dining French bistro best known for delicious, decadent food in a relaxed setting. There he perfected his sauces and put into use his butchery skills in preparing meals for the likes of Ben Stiller and Ellen Degeneres.

After 9 years, TJ decided it was time to explore the world. He worked in the yachting industry traveling through the Mediterranean and Caribbean indulging the rich and famous with freshly prepared meals based on local cuisines and ingredients.

After 2 years of travel he was recruited to be the private chef of one of the families he had prepared meals for on the yachts and moved to Brentwood, Los Angeles. There he grew is own produce and focused on providing mainly Vegetarian based meals with influences in French and North African flavors. 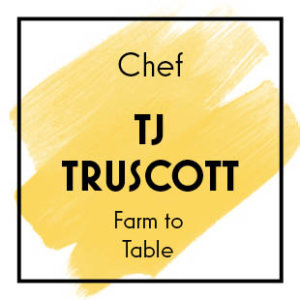 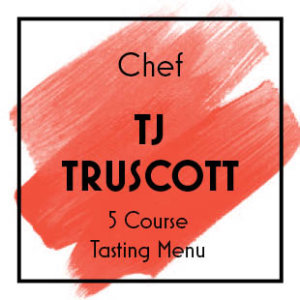 Chef Truscott was very punctual, very personable, took charge as soon as he arrived and everything went very smoothly. His canapés and dinner were exceptional and a good time was had by all.